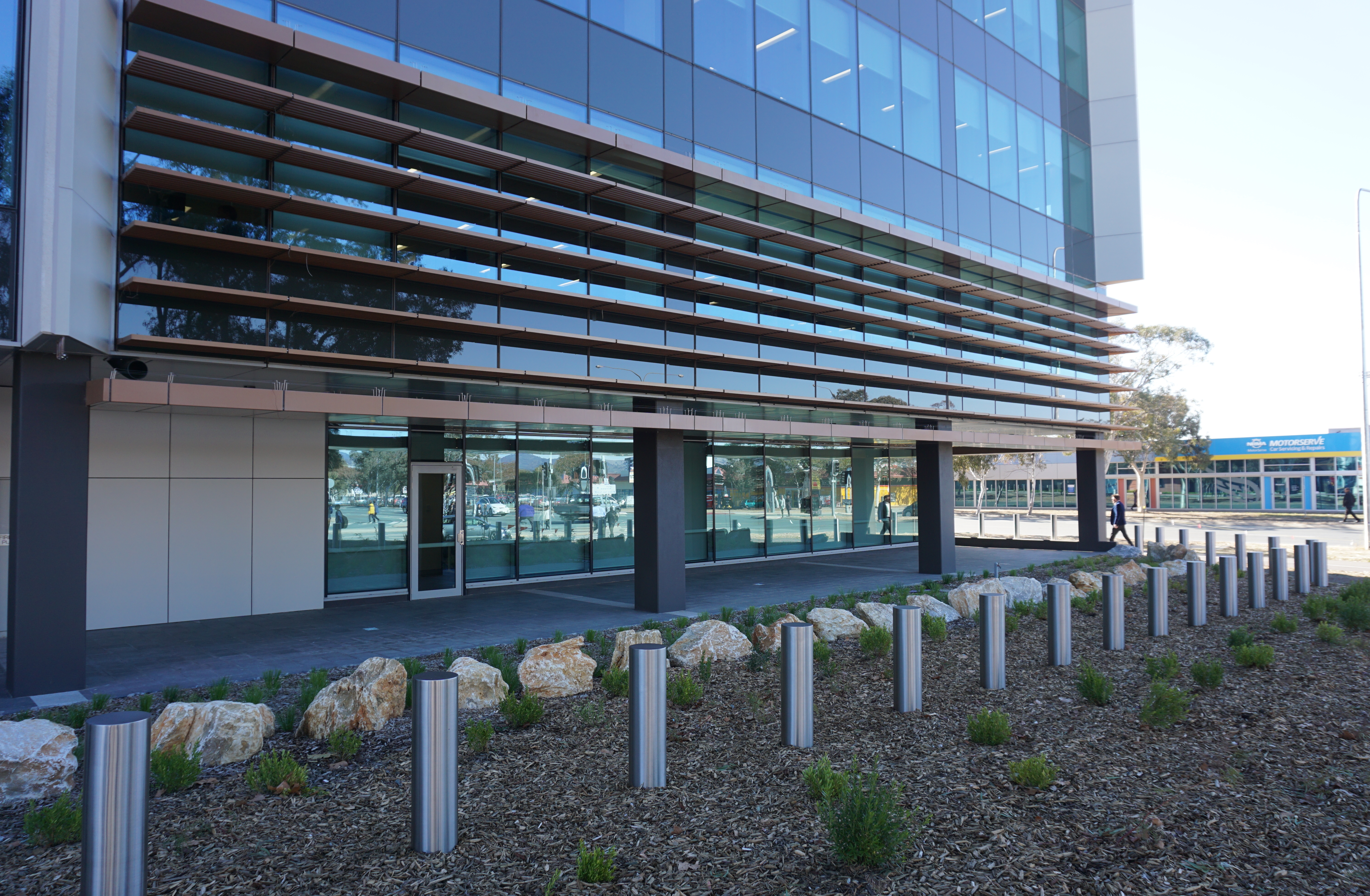 Department of Social Services has spent more than $200,000 on installing bollards around its new building, saying it is a necessary security measure.

Oztime recently Supplied and installed HVM Bollards and Engineered concrete walls to the new Department of Social Services headquarters at Greenway. The installation required engineered Bollards to protect from Vehicle Borne attacks. Each Bollard was finished with a 316 Stainless Steel Sleeve to match the facade of the building. All works completed in a live situation with minimal disruption to department.

The Department of Social Services has spent $236,000 on installing bollards around its new building, saying it is a necessary security measure.

The new headquarters for the department, opened last year and last week named after Dame Enid Lyons, cost $172 million overall, including what looks to be a hefty price tag for the security measure.

According to AusTender the department is spending $236,133.70 with Australian Security Fencing on building construction. A department spokesperson confirmed that the contract is for the new national office building.

“The supply and installation of steel anti-ram bollards are for the new Department of Social Services National Office,” the spokesperson said. “This is a security measure.”

The department did not specify what risks had been identified to make the spending necessary, but said they were part of normal security measures.

“Consistent with normal security practises for Australian Government buildings, static security bollards are being installed on the remaining perimeter of the department’s premises at 71 Athllon Drive Greenway,” the spokesperson said.

“This is a continuation of the existing perimeter static security bollards already in place, and the additional bollards will be similar in style and nature.”

Security expert Roger Henning said the price tag is not as high as it seems to those outside the industry, and that installations such as the bollards were important. “I would totally endorse the investment,” Mr Henning, who is executive chairman of Homeland Security Asia/Pacific, told Fairfax Media.

“The reality is government buildings and facilities are potential targets for terrorists and people who are disturbed and people who have a grudge,” Mr Henning said.

“The professionalism that involves the protection of government facilities in Canberra is spot on, there’s always a need to constantly review physical protection.” 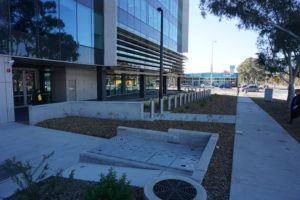 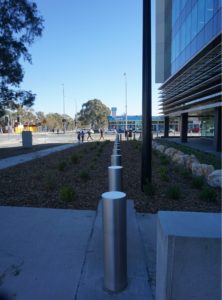